The 3D printer deposits a thin layer of powder on the build platform using an automatic roller and scraper to smooth it. The powder is distributed from a feeder chamber located either on the side or above the build chamber (like SLS).

Usually, there are inkjet print heads that move above the powder and deposit tiny drops of binder to glue together the first layer of the object. The build platform moves down by an increment, and this process is repeated building the next layer on top of the previous one. The layers are thin enough so that the binder glues the new slice with the previous one, creating a solid object as a result.

The material used for printing can range from sand to plaster, plastic powders or even metal and ceramics. As an after step, the 3D printed object is usually impregnated with epoxy resin (to increase the strength and durability). Exceptions are metal 3D printing and ceramics 3D printing. In metal 3D printing (via powder binding), bronze infusion in heat chamber is used as an after step. In ceramics 3D printing, the printed part undergoes the same procedures as standard ceramics would.
It is also possible to print full-color realistic looking objects. This is done by using CMYK print heads in addition to the print head that deposits the binder. Z-Corp (now acquired by 3D Systems) was the first to develop such full-color 3D printing. 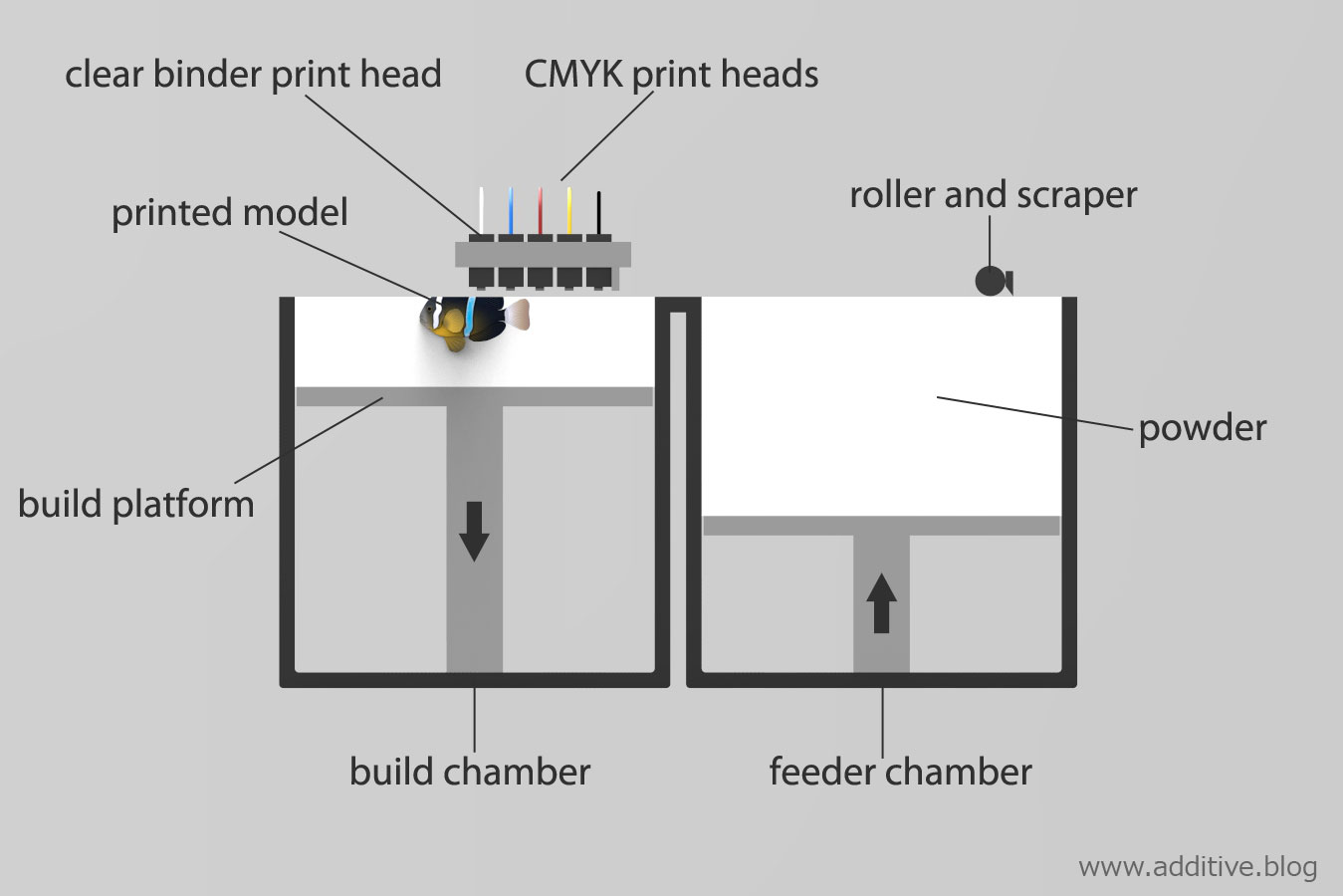 This 3D printing technology does not require the use of any supports when printing a complex object. The surrounding powder completely supports the weight of the printed part. In some cases, however, supports can be generated and printed for better stability of the part during post-processing. Post-processing involves removing the 3D printed part from a build chamber and cleaning it from excessive powder. The raw printed parts are brittle until impregnated (or heat treated). This poses limitations regarding what can be successfully 3D printed with this technology. For instance, interlocking designs are mostly avoided. These are possible to print; however, it is very difficult to successfully post-process them. 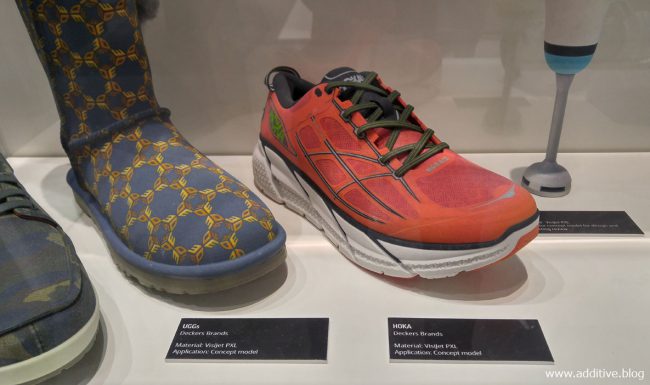 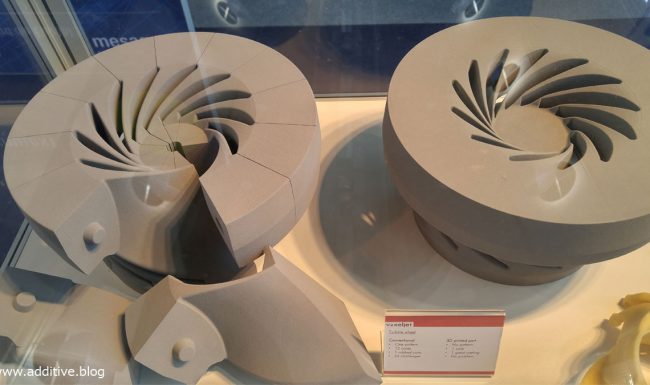