Each acronym (SLS, SLM, DMLS, DMP, EBM, SHS) refers to a slightly different kind of 3D printing technology. However, they all share a common bond:

As with powder binding, the laser sintering 3D printer deposits a thin layer of powder on the build platform, using an automatic roller and scraper to smooth it. The powder is distributed from a feeder chamber located either on the side or above the build chamber. Next, a laser beams into the powder, drawing a shape of the first layer of the printed object, solidifying this area of powder. The build platform moves down by an increment and this process is repeated to form the next layer on top of the previous one. A strong connection is created between the layers. The main differences between the technologies are the solidifying methods explained below. 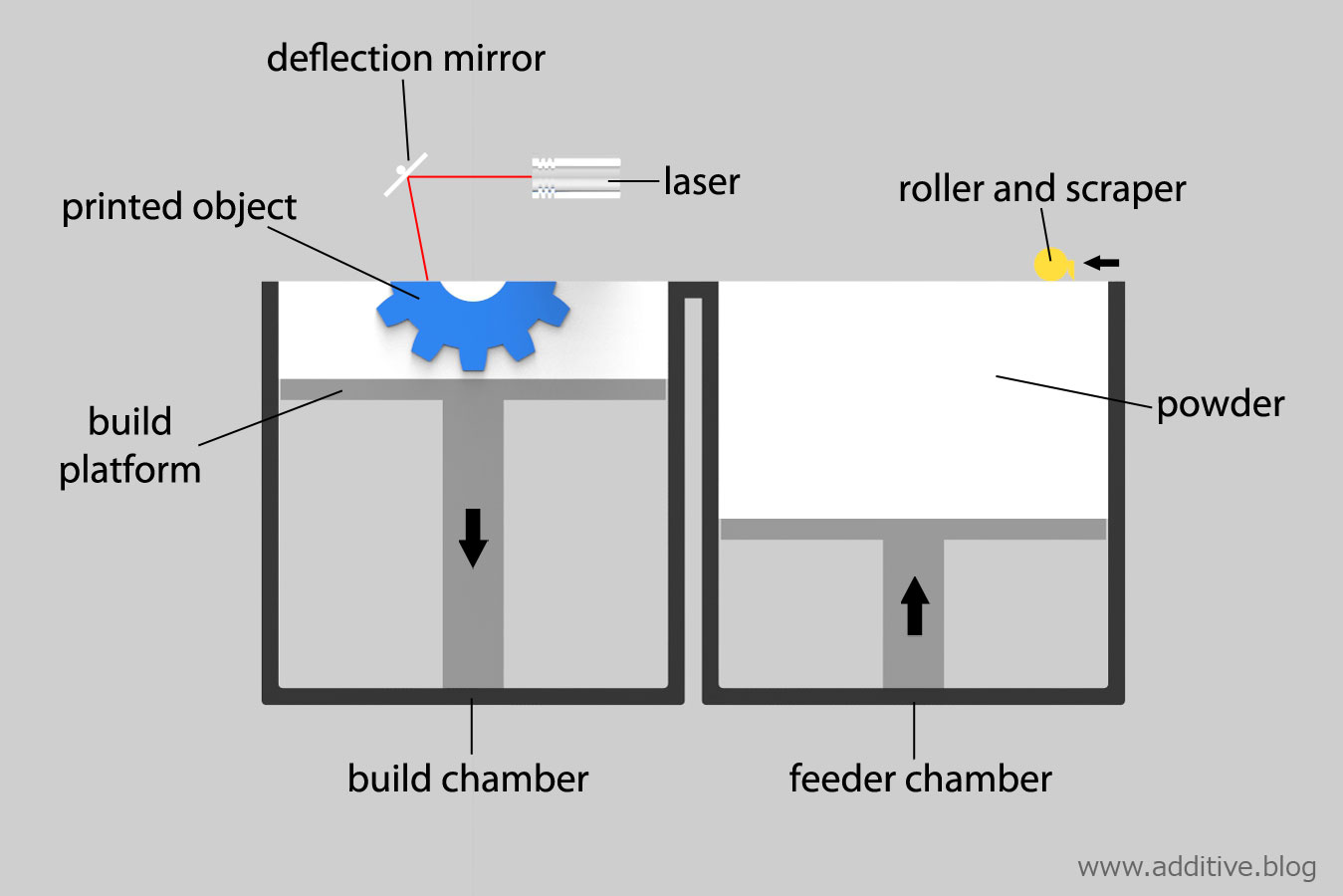 This method uses a focused laser beam. On a molecular level, the powder is only sintered (not melted) together. This means that the 3D printed part is usually more or less porous. The advantage here is that you can easily print from alloys containing materials with different melting points. You can even combine metal and plastic materials. A good example is Alumide, which is a mixture of nylon powder + aluminum powder.

This method uses a focused laser beam. On a molecular level, the powder is melted together, resulting in a homogeneous part. Ideal printing materials are “pure” materials, for example, titanium. However, alloys are also used with great results. 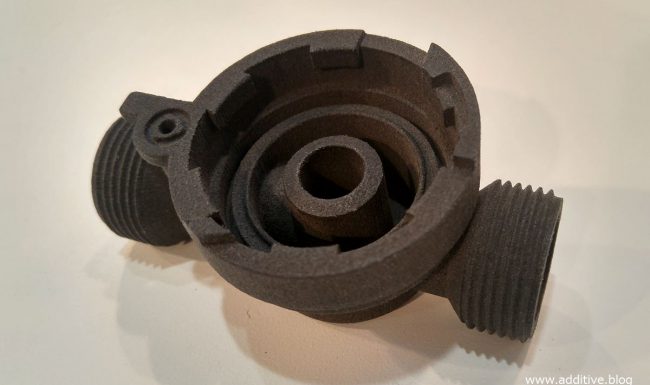 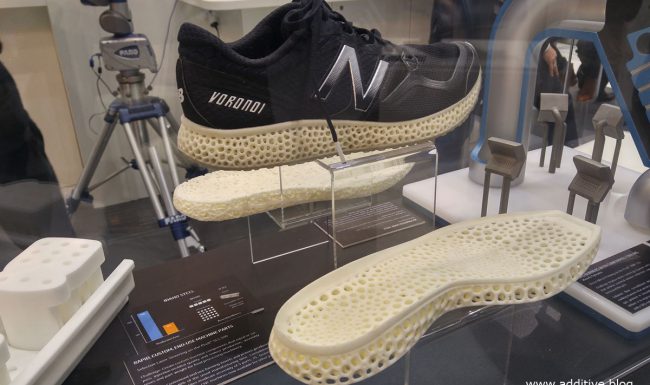 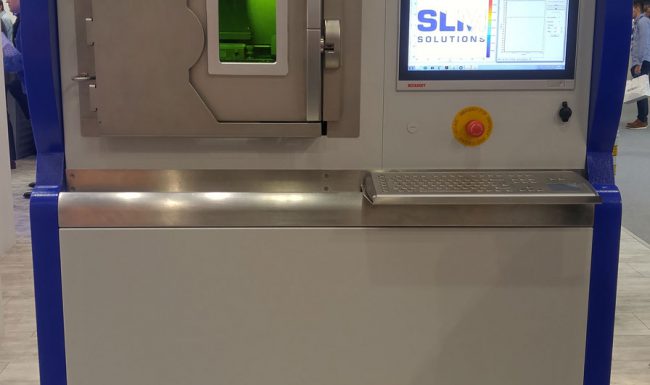 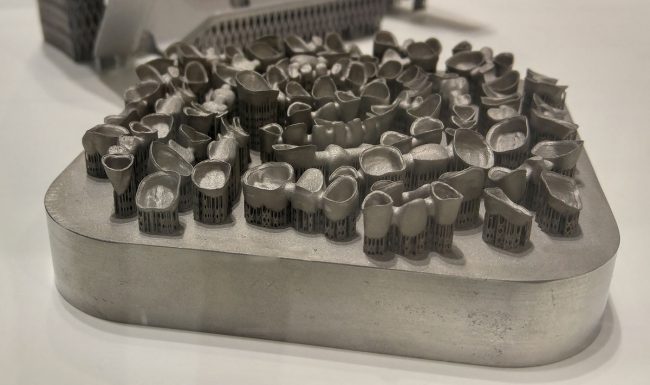 The powder is solidified using a beam of electrons controlled by magnetic lenses. The beam completely melts the powder. EBM printers are considered to be quicker than SLM when it comes to production times. 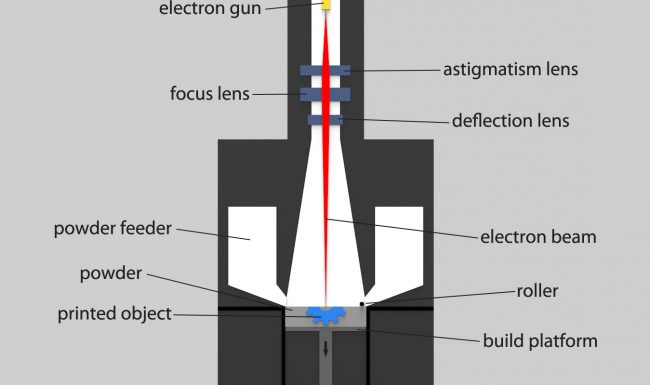 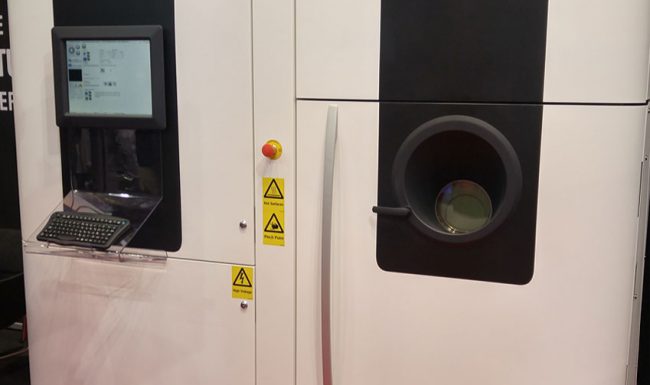 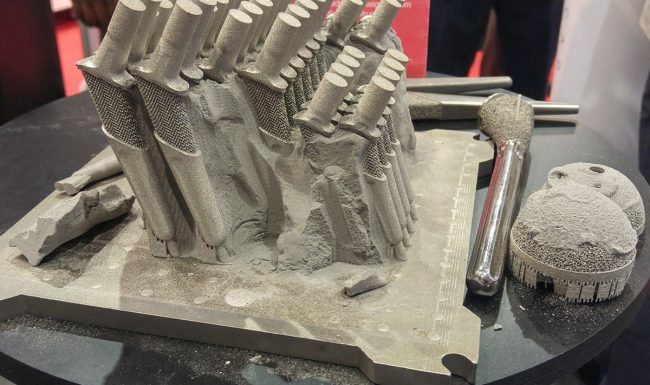 SLS – Selective Laser Sintering
This was the first technology of its kind, developed in 1992 by a company named DTM (now acquired by 3D Systems, which also owns SLS trademark). When people refer to SLS 3D printers, they usually also refer to 3D printers from other companies, like EOS.

DMLS – Direct Metal Laser Sintering (EOS)
In broader terms, DMLS is quite similar to Laser Sintering mentioned above. However, as the title suggests, DMLS is optimized for 3D printing metals and alloys. (And to confuse you a little bit further, DMLS usually melts the powder).

SLM – Selective Laser Melting (SLM Solutions)
This technology is used for 3D printing various metals via laser melting. Other companies such as Renishaw use a very similar concept.

Generally speaking, parts printed from plastic (polyamide) material do not need supports of any kind. The 3D printed part comfortably rests against the surrounding powder during printing.

However, with metal 3D printing, the use of support structures is usually required. You have to make sure that the part does not move during printing because of its weight. Additional supports might have to be used in order to conduct excessive heat away from critical places. Most importantly, you also need to make sure that the part is oriented in such a way as to prevent possibly huge internal stresses. This is a very complex matter and for further information see the Metal 3D Printing design guide.